About This Game:
Yui(Knot) – The Forgotten Girl is an urban fantasy visual novel, taking place in Japan. The protagonist of the story is Shokichi Namino, a shy and frail man in his late thirties who, after being fired from his job, fell asleep at a bus stop. He wakes up late at night and sees an illuminated road going up the mountain, which he decides to climb. At the top, he finds a shrine and is attacked by evil spirits. Fortunately, the goddess of the shrine shows up in time to save him.

Yui is the goddess of the knot, or in other words, a goddess of marriage. Her temple has been largely forgotten about, and so she spends her days there in loneliness. She invites Shokichi into his temple and spends time with him, eventually using him to satisfy her sexual desires as well.

English is now supported. The audio is in Japanese only.
The UI has been made easier to read.
Added support for save load at any time. However, the image will be unsightly for a few seconds until the 3D scene stabilizes.
Some typographical errors and omissions have been corrected. Fixed the part where it was playing the wrong animation.
The lip-sync function has been replaced by the “LipSync” function provided by “Oculus”. I think it’s pretty good.
Fixed a bug where a 3D scene would remain in the background at the end of a scene replay.
The TPS scene in the main story has been modified to the general WASD system.
Adjusted the graphics and made the skin of the H-scene more beautiful.
Movie version is included. All 6 episodes. 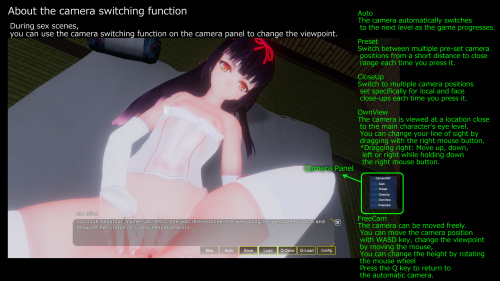 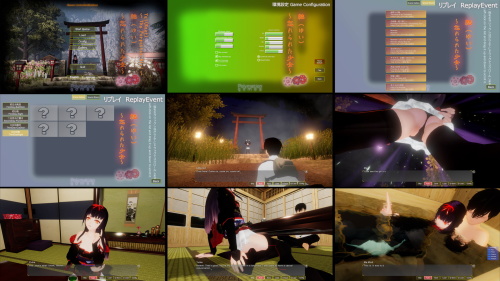 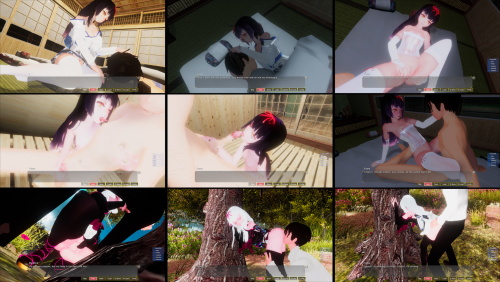 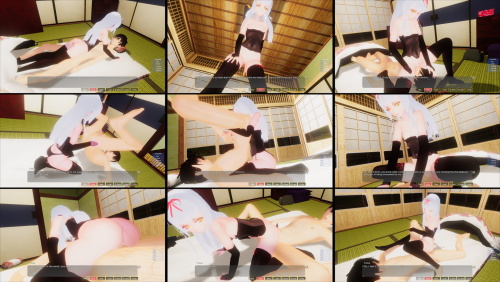