Using simple Turn-Based RPG elements, you control Elise as she explores her kingdom, fights off dangerous creatures, learns magical abilities, and seeks out fantastic sexual experiences wherever they are to be found.

On her adventure, the lusty princess teams up with a wise Forest Nymph and a Perky Mermaid, who join her on her quest for sexual pleasure and excitement. Together, the three fight their way to the farthest reaches of the kingdom, enjoying numerous sexual encounters along the way, with the magical inhabitants of the land, and with each other.

Changelog:
WanderLust on STEAM has now been updated to version 1.1, which includes a number of exciting changes. Here is what is included.

A number of new options available for adjusting the gameplay experience including:

Directional Arrows that can be turned on or off from the “Options” menu. When enabled, green directional arrows will appear on the ground throughout the game, pointing you to the next major objective. Keep in mind that these only point to the Major Objectives, and if you strictly follow these and don’t do any exploring, you may miss out on some of the game experience.
The “One shot kill” cheat. If you are struggling with battles, or simply want to make them go by faster, you can check this box on the “Options” page and Elise will kill every bad-guy with her first attack.
The “No Bad Guys” cheat. If you don’t want to encounter bad guys at all, and simply want to freely run from one area to another in the game, you can enable this cheat on the “Options” screen. Note that if you turn this feature on, and then turn it back off, the bad guys in the immediate area may not reappear, as they will have already been marked as eliminated.

The “LUCK” in the game has been improved, so there will be far less “missing” when the player attacks. Originally, there was a “Lucky bracelet” that was in a chest behind the Tavern, that would improve your luck, and reduce misses. Unfortunately many players were not finding and equipping the lucky bracelet, and spending most of the game with a lower than expected “Luck”. Now, the lucky bracelet has been eliminated, and you start the game with the increased Luck already in place.

A number of sound problems/levels/issues have been resolved.

Some minor improvements have been implemented to the Camera.

A number of other minor bug fixes have been implemented as well.

We hope you enjoy the new and improved version of WanderLust, and as always, feel free to let us know in the forums if you have any feedback. 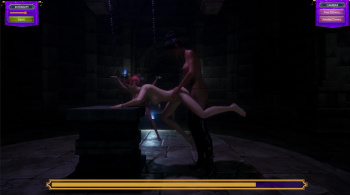 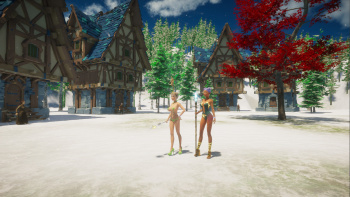 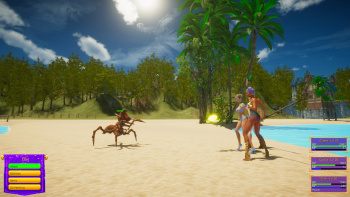 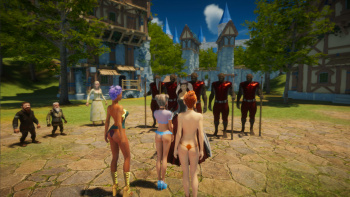