About This Game:
“My name is Hiro, and since there’s nothing really interesting to say about me, I’ll just say: I’m your average university student. My only quality would be maybe that I’m a hard worker…but that’s probably just because I always have to work hard for the things I want.

If there’s something not average about me, that would be my girlfriend Kanon: She’s rich, smart, good at anything she does, and beautiful. She’s anything I’m not, but she’s not perfect either. She’s whimsical, impulsive, a little bit selfish, and… she’s late!

Right now I’m waiting for her since we have a date today. If I have to describe our relationship I would say that: if she’s the throttle, then I’m the brakes…(Okay bad analogy, but still I think that’d describe our relationship pretty well). You can’t win a race just with speed, you need to push the brakes at the curves… and that’s why we are a perfect match for each other! (at least I like to think so).

If you wonder how in the world we end up together, then the only answer I could come up with is destiny…(or maybe that we are childhood friends).

Anyway, we haven’t had much time to meet each other lately, due to university assignments, club activities, part-time job (for me), and other stuff. However today I’ll finally see her after three weeks! I’m pretty excited and have big hopes in my heart for this date… Now if she’d just show up already…!!!”

This VN is recommended for the people that like Mystery NTR since there are no explicit sex scenes (…almost not…) A lot of things happen, but you won’t see much of it…(…or maybe you will?…) I don’t want to spoil anything… I’ll just say you’ll have to play to know what I’m talking about. 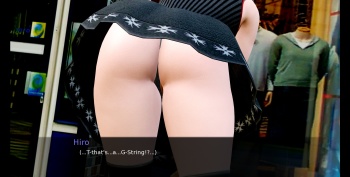 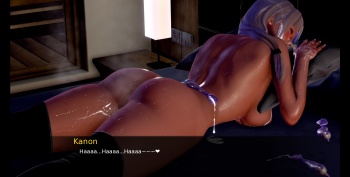 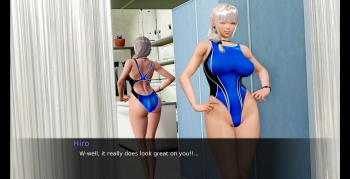