Taeko. The Bi Married Woman which is cut out by hypnotism by a father-in-law
妙子さん。義父に催眠術で寝取られる美人妻 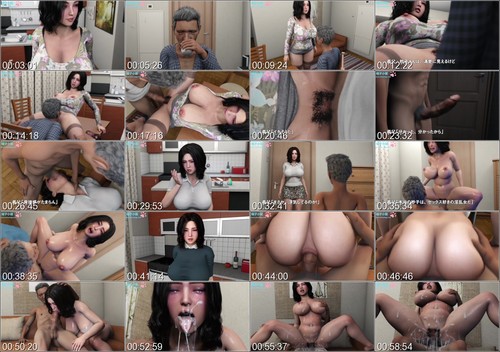 Description:
Married Woman, Taeko who are beautiful in Pure…Masakazu of the husband takes up a job leaving his family behind to Overseas.
Gentle Taeko decided to remain in Japan to take care of the father-in-law.
However…
Originally Taeko who had the father-in-law who was a famous mesmerist hypnotize me
To the father-in-law who revivified sexual desire in physical splendor of the So, and has made passion
Be voluptuous, and Anal is violated with a mouth with ripe physical vagina in sequence.
The body of the frustration of taking up job leaving his family behind reacts, and a husband will not do it while hating it
Finally, left ahe, and did it, and have been robbed of it by a father-in-law to Kokoro…