Description:
Play as a kinky Succubus out to settle the score with those that betrayed her. Gain power from sex and kinky activities and hunt down powerful sex artifacts from a long lost civilization.​

V-1.0.1 Changelog
Changes + Features Added:
-Control schema has been changed. Camera will auto rotate without using RMB, cursor is no longer on screen during regular game-play, interactables will work based on being oriented in the center of the camera view. Interactables/usables button has changed to ‘E’. Shield has changed to RMB.

-Resolution options will now be available before the game loads.

-Added Controller Support (Based on XBox controller layout). – To activate, use the toggle in the in-game menu.

Bug Fixes:
-Script in dialogue sequences have higher priority – should fix the getting stuck on dark screen bug reported for Walled-Damsel scene.
-Fixed Spirit dialogue logic when talking to her for the 2nd time.
-Spell casting and attacking is now disabled while in dialogue.

-The Player now returns to the main menu upon death.
-All database variables are now reset after dying and returning to the scene. – This should fix stuck dialogues, already having the key to the door, etc.
-Sady will now check if she has whip equipped after Thrall Girl scene and automatically re-equip it if it isn’t already equipped before fight so she doesn’t start combat unarmed.

-Fixed Stat-point exploit after leveling.
-The continue button will now progress via ‘Enter/Return’ button on initial NPC dialogue prompt.
-Shield can no longer be used during dialogue and will be disabled if active on dialogue start.
-Fixed camera rotation sometimes getting stuck after the end of Wall-Damsel scene.
-Fixed heel sounds not playing while controller was being used.
-Fixed Player portrait sometimes not showing up during dialogue. 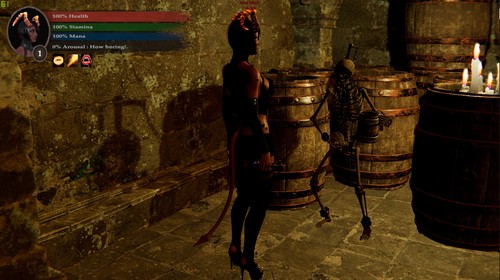 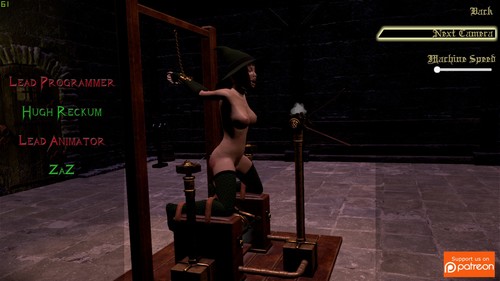