Description:
Shuji has lost the last month of his life. Now he finds in that time he’s been dating a group of gorgeous, out-of-his-league girlfriends. What happened in that time? And will he be able to turn a group of jealous ex-girlfriends into a harem? Choose how you build your skills and which women you’ll focus on, as you date the girls in order to unravel the mystery.
This edition, titled “The First Day” includes the full first day of the story, introducing much (but not all!) of the cast.

Changelog v0.7
Added Emi’s one on one sex scene! This features a lot of voice acting, pictures and even a complex looping sex animation. This takes her story all the way up to becoming your girlfriend again.
Added Emi’s fourth date conversation scene.
Added Emi’s fourth memory flashback scene. (This scene is also a big deal.)
Added a plot scene for the morning of day 4.
Added a plot scene for the evening of day 5.
Added a plot scene for the night of day 5.
Added Shizu’s conversation menu, including some new Shizu voice acting.
Added Nobuko’s conversation menu, including new Nobuko voice acting.
Improved Emi’s conversation menu and added some conversation options for after her sex scene.
Several other new voiced lines here and there.
The stat named “love” has now been changed to “trust” and the stat “lust” has been changed to “love” to better reflect how they affect the gameplay.
Added a new collector card.
Added a new Easter egg.
Further optimisation of the file size. The total file size is still less than v0.2, despite all the new content. 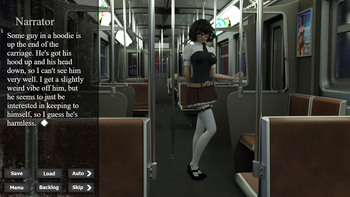 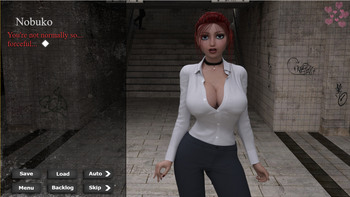 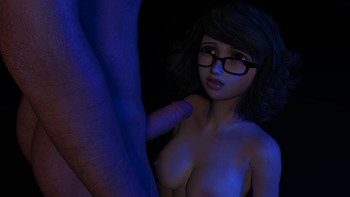 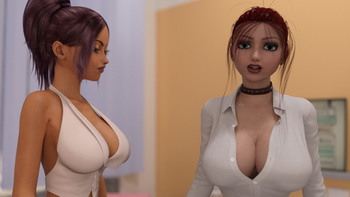