Description:
Peggy is happy enough with her marriage to Al, but once in a while she wonders how things could have been different if she married her high school flame, Alex. Making herself comfy in the living room, Peg fantasizes about Alex coming home in a nice suit and with the good news that he’s landed a new account so they can move into their dream home. Their kids, Bud and Kelly, pop in to share their school successes and their good values. Then they disappear so Peg can change into some lingerie and reward her dream hubby properly.

Bending over on her hands and knees, Peg doesn’t even try to hold the moan as Alex takes her from behind. She takes it doggy style for a few minutes before getting onto her back so she can watch as Alex brings her home and then pulls out to cream all over her stomach. Al has joined peg as she fantasized, and he knows his wife well enough to ask her if it was good once she realizes he’s there. 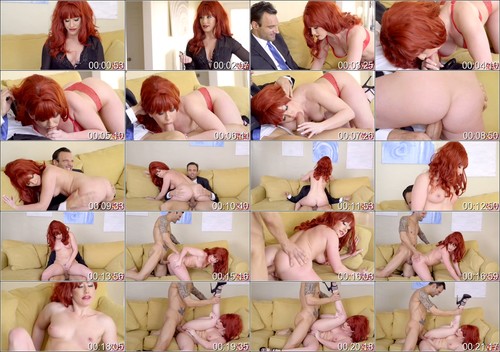