“The Frost Queen” is in desperate need of an heir to her throne. If she doesn’t provide a successor than her Kingdom and its people will be overthrown by their neighboring enemies called the Frost Yeti’s. She sent out a decree to any man who’s brave enough to travel to her cold domain and breed with her. Many have tried and failed, dying in the process. But one man is up for the challenge and his name is Jack Stroker. He’s a man of adventure and taking risk is what he’s born to do. He has rested with many exotic women throughout his journey and stories have been told about him throughout the lands.

He was instantly summoned by the Frost Queen herself after word got out that Jack Stroker was in a nearby town where he was resting. Her guards traveled to meet him and placed him into her throne Room. She demands that he breeds with her or suffer the wrath of the Frost Queen. 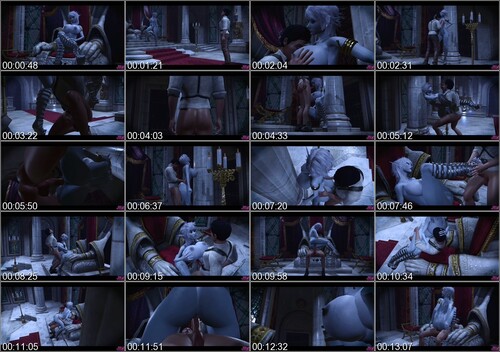