-Becoming servant for monster girls and running errands for them.
-Interesting battle system that test your reflexes and allow the girls to humiliate you.
-Quest that give incentives to explore and provide for your favorite girls.
-Ambushes and traps by girls who wants to play with you.
-Multiples Monster girl types.
-Big and populated environments.
-Rivalries between the monster girls.
-Energy that pace the interactions and regulate resources.

-When player looks at an NPC in during a dialogue, the position does not change anymore. Only the rotation changes. (this should prevent weird teleportation movement behaviour after talking NPCS)
Succubus Nina: Fixed a bug which caused the scene to freeze.
Time is ticking now slow again.
Also Time does not tick anymore when player is in the middle of a dialogue.
Fixed a bug which caused the first Ronda encounter start a second dialogue
Player attacks should now work a bit better.
Tweaked battle behaviour: Invulnerable-time of enemies reduced from 1 second to 0.25 seconds.
Fixed: Spider hitbox and death-animation
Studying in Library and Classes should now work properly (Locked doors at night , mixed up talent exp fixed )
Player does not get stuck anymore during Rondas sneaking-minigame.
Skullgirls spawnchance increased significantly for low skullgirl respect.
Thid Teacher scene for sleeping does now trigger (has extreme content)
Danger increased to 75% while sleeping during lessons.
Several Graphical bugs, caused by bloom were fixed.

(please use “Reset Progress” as soon as you start)

Changelog:
Player:
Customize your own Haircolor and Skincolor!
Starving will now happen after some time has passed without eating any food.
Bad smell will happen after you did not shower – or did something smelly.
Combat :
Pencilsword removed
Running while naked makes you fall down if you are out of stamina.
(you can stand up again if you move without pressing shift and having maximum stamina)

Wild Harpies are now raiding that area, seeking prey with bread.
Earthchan seems to have a problem there. Maybe you should pay her a visit?
Nina has started building a farm. She may need some help.

University Semester has started, a lot of Uni-Girls are occupying the University now.
The Library is open. You can spend your excessive time to build up talents.The Classrooms are now open. Earn Talents there. But better don’t sleep. If the teachers catch you sleeping, you might get in a lot of trouble!

More cruel Skullgirls, and Unigirls who treat you according to your reputation. 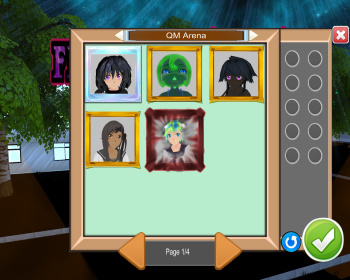 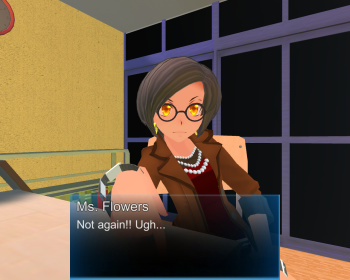 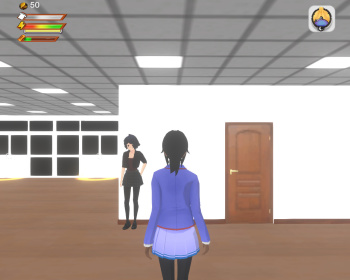 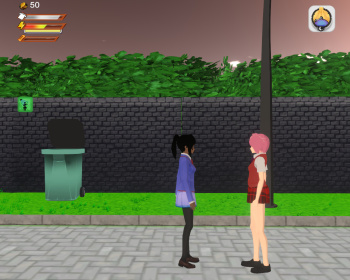 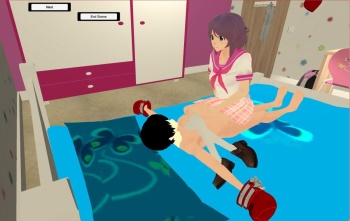 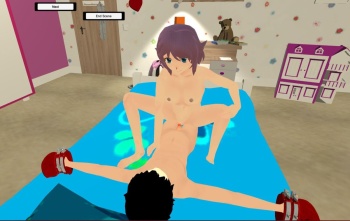