Overview:
It is a strategy erotic game where you build your own small “entertainment complex”. You start as an owner of a small tavern on the high road between two big cities. Classic fantasy world. Knights, blacksmiths, amazons, priests, robbers, mermaids etc. Tired travelers are glad to meet a place to satisfy their needs. For a peasant it will be enough just to eat something. For a knight – food, water and a good rest for him and his battle horse. And prince will want to eat delicious food, drink old wine, and sleep in the best apartments while musicians are playing soft music.

And yes, almost all of them want some girls. Different girls. Sometimes not even a human girls (oh, those fatigued elves and faeries lovers). Notice that ALL your workers are girls. Or, better to say “females” (yeah, there are some species like centaur mares in the stables and mermaids in the lake and so on). Satisfying all their needs, travelers will pay you in gold.

So later you will find out that you have not just a small tavern, but a town with hotel, stables, farm, lake and even a temple, where beautiful Angel of Charity lives and gives everything she can to those who want without taking a coin. Oh, dear, those come-at-able angel girls.​

Brothel City v. 1.1:
* Some decrees (9 by now, but we are working on adding more) have special animated versions that are displayed at the place where something happens (Prostitute seduces a client, or Sister of Charity prays).
Please, provide your valuable feedback about them – would you like to see more of those in the game?
* 57 new sprites – first of all, we have a huge interface update – all the buildings, land, trees, bushed, roads, etc. are re-worked and improved.
Some remained their appearance, some received totally new skins.
We are sure the game looks much better now and wait for your confirmation of this though :
* 48 new illustrations and lots of plot texts in the Campaign mode. Hope you’ll enjoy the continue of the story and our first try of moving a player between TWO cities at the same time – we would like to see if you have any ideas of how to use it in future.
* Segments of the road where no one steps for a long time now become older and disappear at all if remains untouched even more longer.
* Now you can track the in-game time and date in both Campaign and Free modes.
* Now you can see the ‘kissing animation’ when you receive EXP points.
* Huntresses fixed – now they enter the game with Shyness 2, not 0.
* Aristocrats fixed – now they provide extra gold depending on gold earned during last day, not on the amount of gold you have.
* Now you can track money earned by Casinos as a separate number in the financial report.
* Now the game has a loading screen that appears when you have to load something.
* Bunny Girl functionality tweaked – before it was bugged giving you enormous earnings or loses.
* Hold a cursor above Gold tab to see when and how much tribute you’ll pay.
* It is impossible now to place Huntress’ trap on another trap –
* Now you can track how much gold have you earned during all the game – place a cursor above the gold tab to check it.
* Bug fixed – before you could have the 5th level with Factions before the construction of your first Hotel is finished.
* Now you’ll have no Autopause after you confirm the repair of a building.
* It is impossible anymore to have any number of some buildings – every building in the game now has a construction radius.
* Factions screen optimized a little bit – buttons moved to the top, descriptions to the bottom. 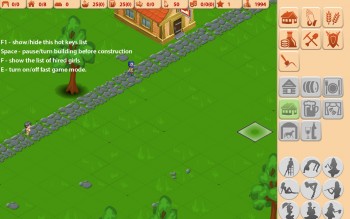 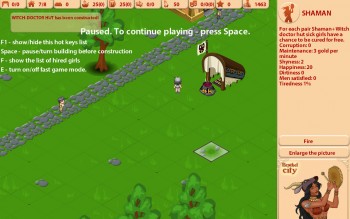 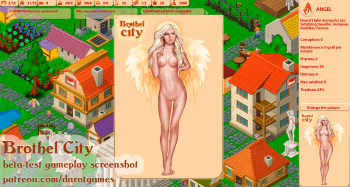