Description:
Your lover suffers from a rare illness. A hostile military organization has the only cure.

In this game will play as the now rogue special agent Arielle and the game will be a 3D 3rd person game with hentai, 3rd person shooting, space combat and platforming with puzzle elements.
The story is based some time after ARIA and ARIO. Ari and Jeo planned an attack on Natan without getting Bri, Phia or Tiffany involved. However the attack on Natan failed, he barely escaped and he managed to inject Jeo with a chemical that worsens his condition. Jeo is now more or less in a constant state of partial consciousness. Ari’s sex with Jeo is having diminishing returns revitalizing his energy. Arielle wants to find a cure for his condition but learns that research on this has stopped since GemCo is no longer making super Khalei infused agents since they are difficult to put down should they decide to rebel. Arielle gets intel from Tiffany that the research was actually completed but the data was top secret. Ari needs to get the data from various abandoned GemCo facilities that are guarded by automated defenses.

All enemies now have models (though not all areas are replaced with those models yet)
A option to fight Maiko as Arielle with TT, Phia and Jaina as allies was added for testing purposes.
There is a terminal near the middle buildings that allow you to fight various waves of enemies as Arielle. This takes you to a new location. 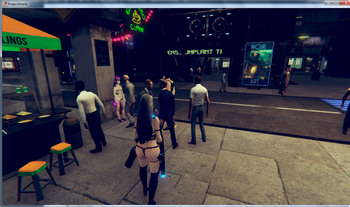 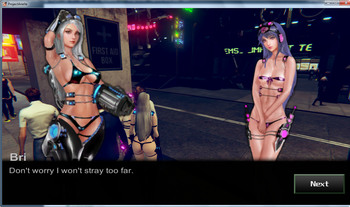